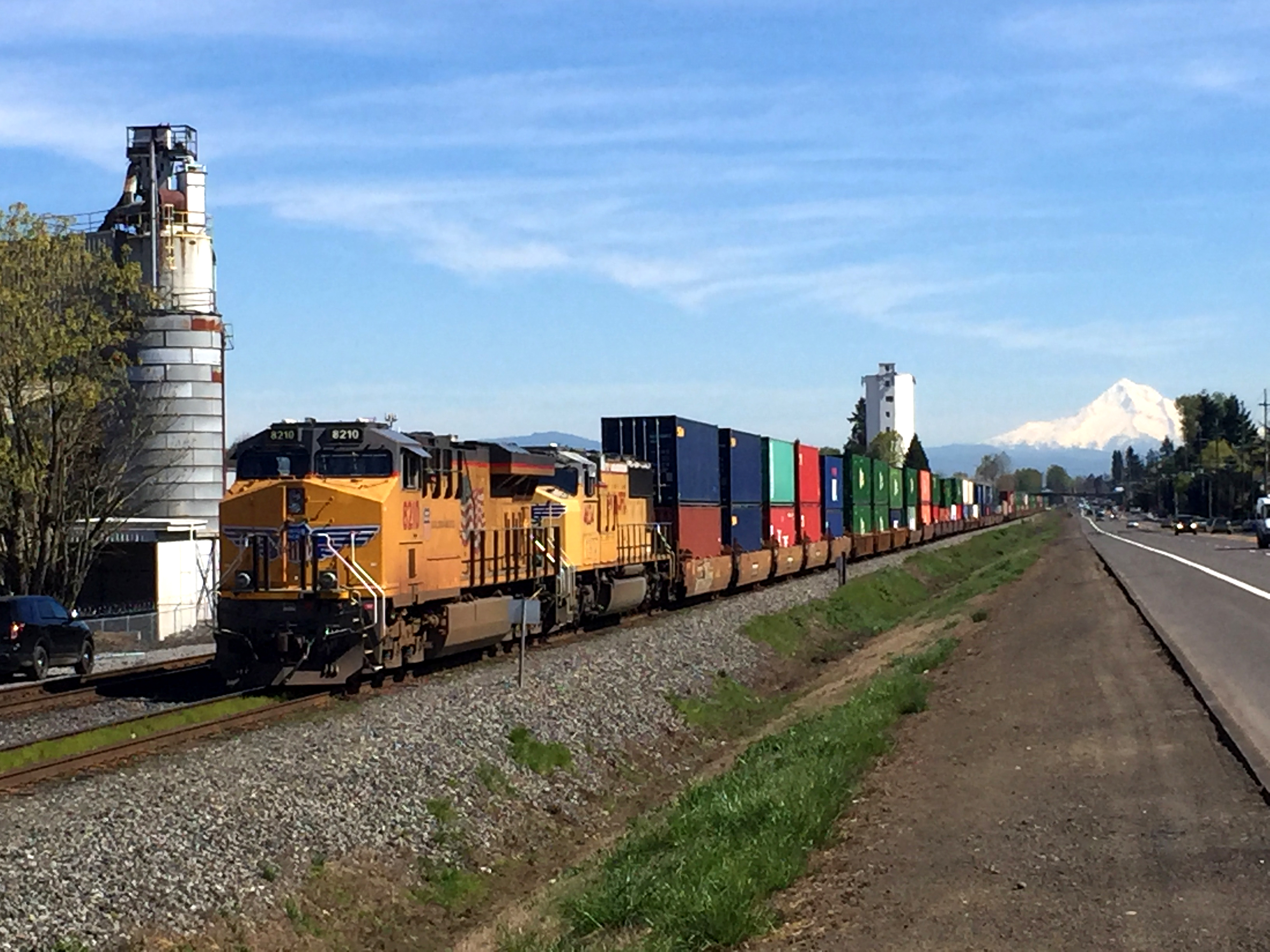 Piggybacking on the success of the Upriver Container Barge-Rail Shuttle program, Northwest Container Service announced they would increase rail service from twice a month to weekly starting in April. The improvement will benefit shippers in Central and Eastern Oregon.

The Port of Portland and other stakeholders have been working to increase the frequency of rail service between Boardman, and Portland, Ore. since upriver barge service resumed in November 2015.

The Barge-Rail Shuttle Service starts in Lewiston, Idaho with containers loaded with agricultural goods.  These containers are barged every other week to the Port of Morrow and then loaded onto trains bound for Portland and continuing through to Puget Sound marine terminals. That activity in Boardman during the past five months has attracted other shippers in Central and Eastern Oregon to take advantage of growing rail operations.

The increase in rail capacity required coordination between the Port of Portland, Northwest Container Service and commitments from key shippers to make the service viable. The project is the outgrowth of the Trade and Logistics Initiative, work the Port of Portland and the State of Oregon took on with shipping companies across the state to find alternate routes to international markets.

“We appreciate the work the Port of Portland has put into the Barge-Rail Shuttle Program and soliciting commitments from shippers to secure the additional rail service that will allow our company, as well as others loading products in Eastern Oregon, to increase access to global markets,” said Stuart Follen, president of SL Follen Company, exporter of hay and animal feed to Asia and the Middle East from across Oregon. “While the export community will see the immediate benefit, import companies are also interested in exploring the service as a way to reduce time and costs for their products to reach various U.S. markets.”

Additional rail service helps address increased transportation costs and uncertainty for Oregon shippers resulting from the loss of direct carrier service and barge service at Terminal 6 in Portland in 2015.  The rail service will also take hundreds of truck trips off the regional highway system and support more cost-effective and fuel-efficient modes of transportation.

While work-arounds in the absence of robust container service at Terminal 6 exist, recruitment of new transpacific service is critical to the region and is a priority for the Port of Portland.  The Portland region cargo market of 336,000 TEUs per year and has the potential to support two weekly non-competing, transpacific container carriers.