Ford’s slogan is “Go Further,” which is exactly what an estimated 30,000 Ford vehicles will do this year when they are exported through Portland to China for the first time.

Following inspections by Chinese government auditors, Auto Warehousing Company’s (AWC) facility at Terminal 6 received full approval, meaning that export shipments can now begin through Portland. The country will soon open its doors to a variety of new Ford cars and trucks coming from several plants in the U.S., Canada and Mexico. The first shipment will happen in coming weeks.

“We are proud to be serving as the primary gateway for exports of new Fords to China and furthering our mission to provide access to international markets,” said Bill Wyatt, executive director for the Port of Portland. “This new business will provide local jobs and economic benefits, but also fulfills a national role for Ford vehicles manufactured in plants throughout North America.”

Initial volumes are planned to be 30,000 in the first year and growing to 40,000 per year, and AWC will be hiring up to 50 people immediately at its 130-acre Terminal 6 facility to process vehicles and prepare them for the Chinese market. A $2.8 million project to expand the processing building by 27,000 square feet and increase capacity to more than 110,000 vehicles annually is nearing completion. The expansion was financed by ConnectOregon IV state grant funding and a $560,000 investment by AWC.

It was fitting for Portland to be selected to handle the Fords, since it is already the second largest auto import gateway on the U.S. West Coast and fifth largest in the nation. The Port has specialized in handling vehicles since 1953. Portland also began exporting Fords to South Korea for the first time in January 2012—the first vehicle exports since 1988 – and that business continues today.

With a diverse cargo portfolio that also includes grain, minerals, containers, steel products and more, Portland has a longstanding trade relationship and a multitude of connections with China. This dates back to 1980 when Portland was the first U.S. port-of-call for goods from mainland China following restoration of diplomatic relations.

“There is great potential to grow this business as our expertise and available capacity matches growing demand for Ford vehicles in China,” said Ben Seher, President, Auto Warehousing Company. “By better utilizing transpacific car carriers returning to Asia, this will be good news for everyone involved.” 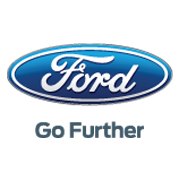