Construction is now underway on the first of eleven lots to break ground at the Port of Portland’s Gresham Vista Industrial Park. A new medical facility is coming soon to one of only three lots zoned to allow for commercial use in the new 221-acre development.

Physicians’ Capital Investments, LLC (PCI) is building a new 11,000-square-foot building with associated parking, fencing and landscaping. The building will be owned in part by the Portland Hypertension and Nephrology Clinic, LLP, and will be leased to Fresenius Medical Care North America, which will relocate its existing Gresham clinic with 14 employees while adding approximately 10 full time local jobs. PCI has built over 20 medical facilities throughout the United States.

Fresenius Medical Care has been meeting the needs of dialysis patients in Gresham and the surrounding area for 15 years. The current clinic is overcapacity. Even with operations around the clock in order to meet patient demand, some dialysis treatments are handled in other facilities outside of Gresham. The new facility is expected to meet the community’s needs now and into the future.

“Not only will the facility provide enhanced care options for residents,” said Gresham Mayor Shane Bemis. “It is also the first development since the Port of Portland purchased the property – no doubt a sign of good things to come.”

Siting the clinic in Gresham allowed the local business to grow without having to relocate outside of its community. Port Commissioners originally approved the $1 million sale of 2.79 acres located at the Port’s Gresham Vista Business Park to Physicians Capital Investments, LLC in 2012. Shovels hit the dirt shortly after the ink dried at closing in 2013.

“It is exciting to see construction begin on one of the only commercial lots at Gresham Vista, and now we’re looking forward to developing the industrial sites,” said Steve Bloomquist, transportation and land use planner for the Port of Portland. “Shovel ready industrial sites are becoming increasingly rare in our region, and we see great potential for the next 10 lots coming to market.”

The new medical facility is expected to be operational in early 2014. Future plans call for two additional medical offices in a future phase of development on the same site near the entrance to the property on SE Stark Street. The site is adjacent to the ON Semiconductor campus and Portland General Electric’s McGill Substation.

The Port purchased the surrounding 221 acre site in Gresham from LSI Logic Corp. for $26.5 million in November 2011. The park earned Industrial Site Certification from the state in January. The site has promising potential as a home for clean tech, manufacturing, food processing, logistics and other traded sector companies. At completion, the park will generate an estimated 2,768 jobs. 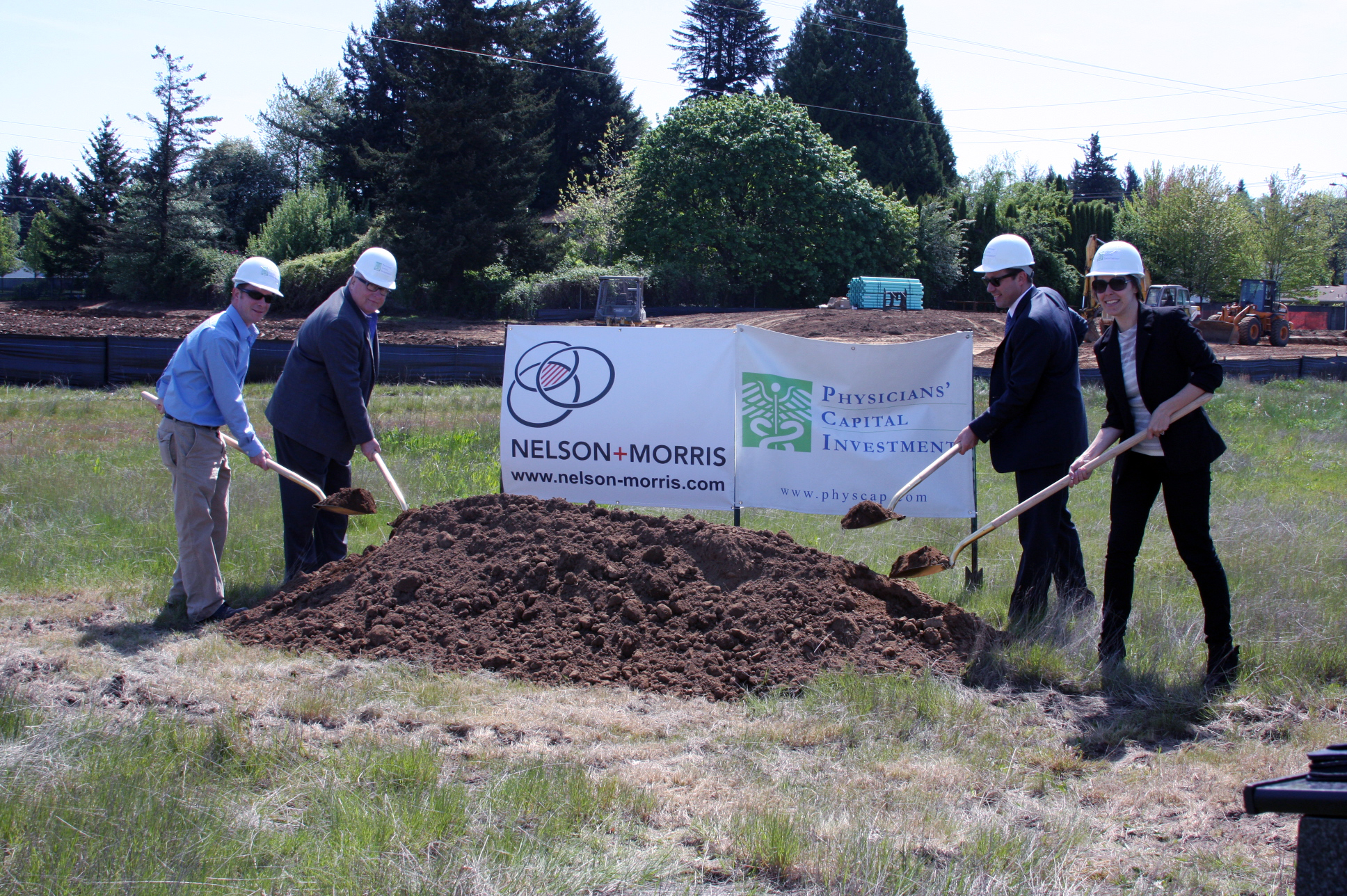