Already one of the largest auto import gateways in the U.S., Portland is also a fast growing gateway for auto exports. The improving auto market and recent influx of domestically produced vehicles for regional and international markets has prompted the sale of 5.4 acres from the Port of Portland to BNSF Railway.

“BNSF Railway’s investment and growth plans for their auto business are aligned with the Port’s business objectives to enhance the Portland region as a hub for auto logistics,” said Joe Mollusky, real estate program manager for the Port.

BNSF Railway’s automotive rail network provides access to automotive plants throughout the United States and Mexico. Cars and trucks are received by rail in BNSF Railway’s Rivergate facility, processed and then distributed by truck to auto dealerships or exported by ship.

Autos are handled at two of the Port of Portland’s four marine terminals. Until 2012, the Port was primarily an import gateway, but automotive exports to Korea and China are now experiencing strong growth. Portland is the second largest auto import gateway on the U.S. West Coast and fifth largest in the nation. 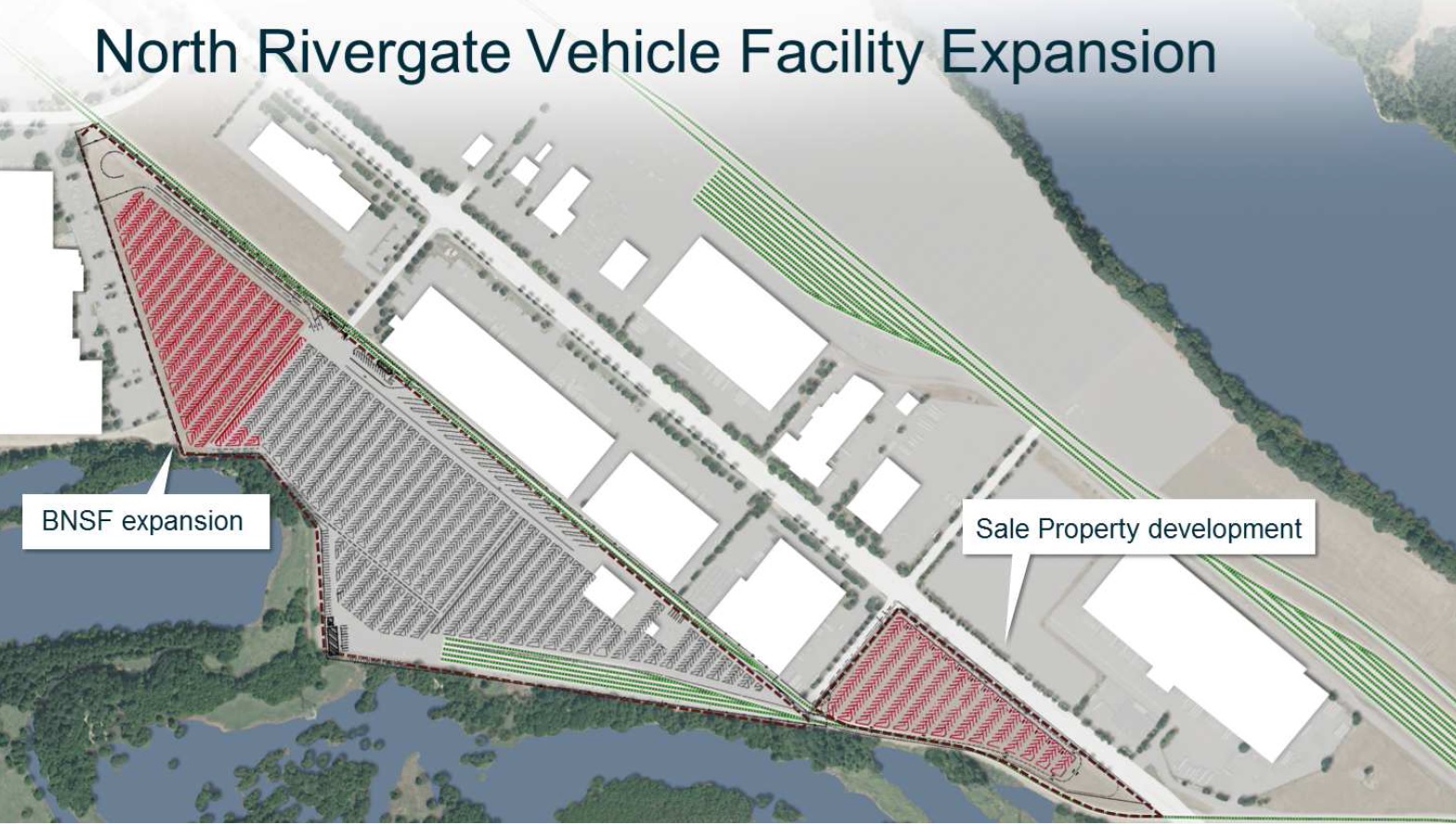